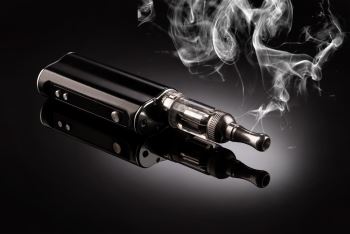 Last week, the United States Food and Drug Administration announced new regulations for e-cigarettes. Prior to this, e-cigarettes were unregulated.

The new rules will cover e-cigarettes, cigars, and pipe tobacco. Sales are prohibited to persons unless they are over the age of 18. Furthermore, these products, including e-cigarettes, will have to receive pre-market approval from the FDA and include health warnings of potential dangers. Free samples will no longer be allowed and individuals must show photo ID for age verification.

Many of the e-cigarette manufacturers claim that their products should be considered less dangerous to consumers because they don’t have the same chemicals and tars of burning tobacco. E-cigarettes instead heat liquid consisting of flavoring, nicotine, and propylene glycol or glycerin.

Despite the potential for less dangers with regard to the vapors being inhaled, there are still hazards that manufacturers must address regarding e-cigarettes. The new health warnings should not just discuss the harm involved in consumption of e-cigarette vapors, but also the other dangers that are present.

Numerous reports recently released warn of the dangers regarding the potential for e-cigarettes exploding. The heating mechanism combined with the lithium-ion battery in many of these electronics is a serious cause for concern. Some cases involve the devices exploding while in use, causing significant injuries to the user.

At Spangenberg Shibley & Liber LLP, our hope is that the pre-market approval process allows the FDA to regulate the potential dangers involved, including the physical harm e-cigarettes can cause. Our e-cigarette attorneys work closely with clients who sustained injuries after using these products so we can take legal action on their behalf.

If you have been harmed, we encourage you to call us today and learn what options you may be available to you and to which damages you may be entitled. We are here to hold manufacturers accountable for their actions when producing e-cigarettes with dangers to users.