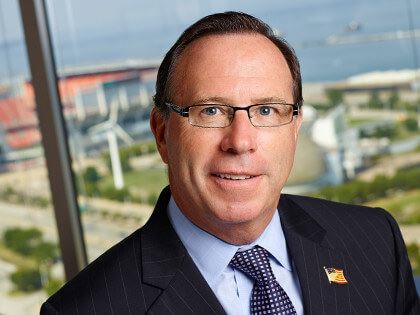 "At Spangenberg, I have had the privilege of learning from and working with some of the finest trial lawyers in this area," he says. "After thirty years here, I still feel that there is no finer group of attorneys that work so skillfully and diligently on behalf of their clients and their causes."

TIRELESS ADVOCACY ON BEHALF OF CLIENTS

Over the span of three decades, Peter has handled a broad range of cases involving both traumatic injury as well as disease and illness due to toxic exposure from harmful chemicals and, in some instances, unsafe pharmaceutical products. Such matters have included:

Fatal cancers resulting from substances such as benzene and vinyl chloride monomer fumes;

Respiratory disease due to metalworking fluid overexposure; and

HE HAS ALSO LITIGATED:

Cases on behalf of victims who suffered catastrophic injuries arising from vehicular and trucking collisions, as well as defective machinery and other products;

Civil rights matters primarily involving the unconstitutional use of excessive force; and

Peter has penned "Ten Myths and Facts about Defective Drug Injury Claims: What Every Consumer Needs to Know."

Peter and his wife, Ellie, have four sons. He sings in the adult choir at St. Francis of Assisi Church in Gates Mills and plays keyboard in a band composed of attorneys and judges. The band plays charity and non-profit organization events free of charge.

Peter is also a long-time supporter of the American Red Cross and donates platelets and plasma regularly.

He is a member of the Advisory Board for the Little Sisters of the Poor which provides a nurturing living environment and skilled care for the elderly poor in Cleveland.

Peter also serves on the Board of Trustees of the Cleveland Institute of Music and North Coast Community Homes, which provides safe, comfortable and affordable housing for individuals with developmental disabilities and mental illness. In 2010, North Coast recognized Peter and Ellie's commitment to the organization with its Philanthropy Award. In 2011, the pair co-chaired North Coast's biennial "Home Sweet Homes" fundraiser. The event raised over $500,000 for this worthy cause.