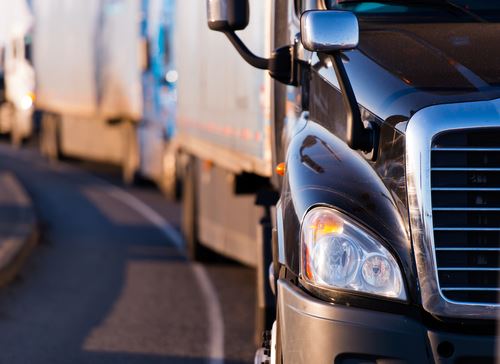 When we think of truck drivers, many people might think of a person driving great distances for lengthy periods of time and the exhaustion that accompanies it. There are rules for the amount of time a truck driver can drive, however, and those regulations are often violated in the interest of profit, jeopardizing the safety of truck drivers and those who share the road with them.

Some of the regulations that are often ignored, in addition to the hours of service rule, include:

Trucker fatigue continues to be a major concern, despite more severe regulations. Currently, the rule dictates an 11-hour driving limit and a 14-hour work day for drivers who operate property carrying vehicles. Violating this rule can result in costly penalties, such as an $11,000 fine per offense for the company and a $2,750 for the driver. Catching these egregious offenses is not always easy; however, since drivers violating the rule will input false information in their logs, appearing to be in-line with these regulations on paper – a practice they are encouraged to do.

To try to combat the pressure to falsify log books, the Federal Motor Carrier Safety Administration (FMCSA) passed a rule to try to protect truck drivers. This was put to the test in 2016 when a truck driver was fired for refusing to violate safety regulations. The case went to trial and the company was ordered to reinstate him and pay $276,000 in compensation.

Too many trucking companies are still willing to cut corners on safety despite the stringent regulations placed on the industry, hoping to not get caught, and trying to make a profit by risking the lives of not only their employees, but others on the road as well. When their shortcuts and willful violations of rules intended to protect the public cause preventable accidents and injuries to innocent victims, they can be held fully accountable for their misconduct and liable for damages sustained by victims and their families. Those damages can include past and future medical expenses, lost work earnings, pain and suffering, and more.

By holding negligent trucking companies accountable for violating safety regulations, victims can not only secure a sense of justice and compensation for their losses, but also make it clear that such departures from safety standards should never be tolerated. When more victims take steps to work with experienced attorneys who can help ensure their voices are heard in the civil justice system, trucking companies will be compelled into following the law, and other members of the general public could be saved from suffering the same type of preventable harm.