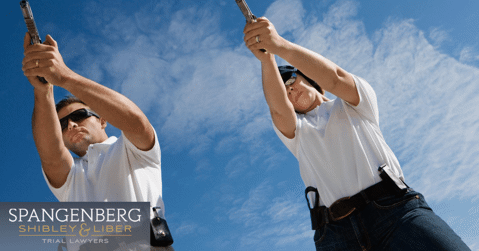 Police brutality is a real problem in the United States, and this year has shown just how dangerous it can be. Unfortunately, there are numerous causes behind this, and with so few officers being held accountable, the causes have not been adequately addressed.

Lack of Accountability and Prosecution

Did you know that roughly 99% of police killing cases pass without the officer being charged and prosecuted? While many shootings are justified, a 99% justification rate for fatally shooting a member of the public raises legitimate questions as to whether officers are being held to account.

It’s vital for officers who are guilty of wrongdoing to be held accountable for their actions. Police officers are entitled to and do receive significant deference under the law when they use force, but just as important are our constitutional rights to be free from unreasonable uses of force. This important balance can only be maintained if officers who use excessive force in violation of the constitution are held to account. No matter the situation, we stand with those who face police brutality.

Overall Stress of the Job

In some cases, acts of police brutality are caused by the stress of the job. If the law enforcement officer or agency as a whole views members of the public as unsympathetic or even hostile to their role, they may act out of stress in a tense situation. Police officers should have a confidant in which they can confide regarding the trials of their job and should not become isolated as a general rule.

Protect Your Civil Rights with a Legal Team that Cares

At Spangenberg Shibley & Liber LLP, our Cleveland civil rights lawyers are ready to help you through a very difficult situation. We’ll stand in your corner to pursue the compensation and justice you need and deserve every step of the way.