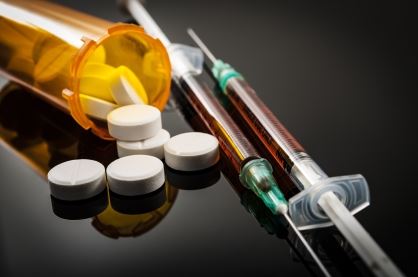 America’s opioid crisis is a problem of epidemic proportions. Ohio in particular has been devastated by opioid addiction. More than 60% of overdose deaths in Ohio last year involved an opioid, and estimates expect opioid overdose death rates to far exceed the previous year’s record. Nationwide, opioid overdoses kill approximately 90 Americans every day, and create an economic burden of nearly $75 billion annually, according to statistics from the United States Centers for Disease Control and Prevention (CDC). In July, President Donald Trump declared the crisis a national health emergency.

Although the opioid epidemic is no easy problem to solve, many advocates, lawmakers, and families across the country have been targeting several critical factors behind the crisis. The most prominent contributing factor is arguably the pharmaceutical companies that manufacture and distribute opioids.

As major players in a $13 billion-a-year industry, Big Pharma is now facing civil legal actions, including:

Pharmaceutical companies, distributors, and others in the opioid industry are clear targets for federal civil lawsuits being filed by various jurisdictions across the state, including a recent suit brought by the attorney general of Ohio. The lawsuits have been formed after the CDC reported prescriptions for opioid medications have roughly quadrupled nationwide since 1999. Aside from a correlation to addiction, overdose, and death, the rising numbers of prescriptions have also created extensive economic burdens for local governments when it comes to healthcare, law enforcement, corrections and incarceration, and other issues or programs.

Just as these federal lawsuits mirror those filed against the tobacco industry years ago, they focus on holding major corporations accountable for far-reaching repercussions to public health, publically funded resources, and economic and social welfare. Fortunately, the civil justice system is one designed to correct abuses and injustices, and the results of these lawsuits could result in sweeping changes that prove critical to solving a complex and destructive crisis.

At Spangenberg Shibley & Liber LLP, our Cleveland-based law firm has been dedicated to advocating on behalf of individuals, families, and others who have been injured or wronged since 1946. We understand and value the power of our nation’s civil justice system, and – just as we have seen in the cases we have handled for wronged consumers, consumers harmed by defective products, and victims of personal injury or abuse – know that civil legal actions can be an important tool for justice and a powerful catalyst for change.

In addition to federal civil lawsuits, the opioid industry is also being targeted by increasing medical malpractice cases against doctors and other healthcare providers. According to a recent study from the medical liability insurer Coverys, prescription opioid medications or painkillers are now the basis for more drug malpractice lawsuits than any other drug class.

Doctors and other healthcare providers have a legal obligation to treat patients in accordance to accepted medical standards, including standards and guidelines that require reasonable measures to be taken in order to reduce risks posed by dangerous medications. Although there are new laws being passed that require doctors to access a database and review patients’ medical histories before prescribing, standards and requirements do not always protect patients from suffering preventable harm – especially when doctors are negligent or, like pharmaceutical companies, have a focus set on profits rather than people. The malpractice lawsuits being created or already filed therefore act as a vehicle to hold negligent medical professionals accountable when they breach their legal duties.

Fighting for Justice Across the Nation

The lawsuits being filed today may become landmarks in our nation’s history, and could prove successful in ending America’s opioid epidemic, which has had profound consequences for millions of individuals and families, as well as a marked impact on local and state governments. Our legal team at Spangenberg Shibley & Liber LLP will continue to follow these lawsuits, and also offers our support and representation to those who would like more information about how our award-winning Ohio civil trial lawyers can help. Contact us to learn more about our services and your legal options regarding the fight against the opioid epidemic.