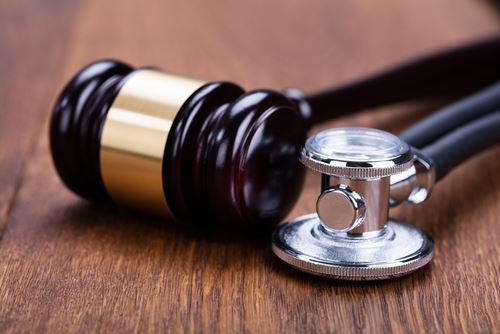 Unfortunately, hospital errors are quite common. We put our trust in hospitals and medical professionals to cure our ailments and treat our health as their number one priority. However, that is not what always happens. According to the Centers for Disease Control and Prevention (CDC), an estimated 722,000 people in the United States develop preventable infections during their hospital stay and about 75,000 die from those infections. Overall, it is estimated that 440,000 people die each year across the country as a result of a medical mistake.

These mistakes are often preventable and a result of negligence. Some of the most common mistakes that occur include antibiotic misuse, medication mix-ups, surgical errors, wrong-patient errors, and infections. Many of these involve a lack of communication and verification among hospital staff, while others involve a lack of cleanliness. It is the duty of the hospital staff to uphold the standard of care, but we cannot always count on their vigilance. Asking questions and confirming information can help catch errors that may harm or cost your life.

A hospital that is understaffed is also a hospital that might not address your needs in the time that is required. Patients waiting in emergency rooms often get more sick as they wait, possibly decreasing their chances of recovery or survival. Physicians and medical staff at hospitals should also handle critical medical matters in a timely fashion in order to reduce complications and further harm that could and should have been prevented.

One of the first major studies that brought this epidemic of medical malpractice to the forefront was the 1999 study conducted by the Institute of Medicine, which was titled “To Err Is Human: Building a Safer Health System”. In it, the authors revealed that not only do medical errors costs thousands of lives, but many more are often unnoticed and unreported. In addition to the cost of life, they noted that these mistakes cost the health care industry between $17 and $29 billion annually, a figure that has surely grown over the last 20 years.

When physicians, nurses, and other medical professionals employed at hospitals fail in their obligation to provide an appropriate level of care, they put patients at risk of suffering preventable harm. When patients do suffer injuries or illnesses as the result of medical negligence at hospitals, they can assert their legal rights and file medical malpractice claims to hold health care providers and hospitals accountable for providing substandard care. When it is determined that negligence did play a role in causing preventable harm, hospitals can be held liable for the damages victims incurred. Medical malpractice claims involving hospital errors are no easy endeavor, and they demand the attention of skilled and experienced lawyers.