The National Trial Lawyers has inducted Craig Spangenberg (1914-1998), the founder member our law firm into the National Trial Lawyers 2013 Hall of Fame. The Trial Lawyers Hall of Fame recognizes select trial lawyers who have left a significant mark on the legal profession, as well as their communities, through a lifetime of service. John D. Liber, of counsel to the Spangenberg firm and former managing partner, accepted the award on behalf of the firm at the induction luncheon that took place on March 11, 2013. 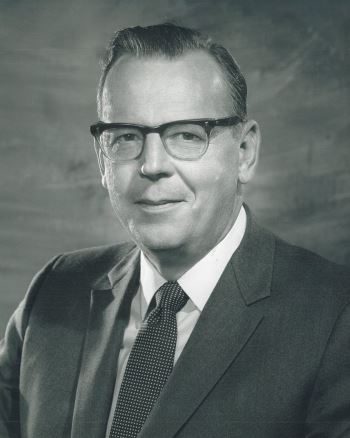 With a career spanning nearly sixty years, Craig Spangenberg was highly regarded nationally and internationally as a consummate trial lawyer and dedicated teacher of legal skills. Born in New York and reared in New England, Craig graduated Phi Beta Kappa from the University of Michigan and obtained his law degree from the University of Michigan Law School.

Early in his career, Craig realized an urgent need for change in the way cases were tried in our courts, insuring a level playing field for all plaintiff lawyers and their clients. He devoted much of his career to educating lawyers to better represent their clients and improve the rules of law. With a flawless memory, a passion for meticulous preparation, and a disposition toward impeccable fairness in his profession, Craig was highly regarded for his ability to reduce complex arguments into understandable language for jurors.

Craig gained national recognition when her represented Canadian children who were victims of the drug Thalidomide. In 1965, Chief Justice Earl Warren appointed Craig to the U.S. Judicial Advisory Committee on the Federal Rules of Evidence, creating uniform rules of the admissibility of evidence and the competency of witnesses in Federal courts. He later was named to the National Commission for the Revision of Antitrust Laws and Procedures to review and revise the country’s antitrust laws.