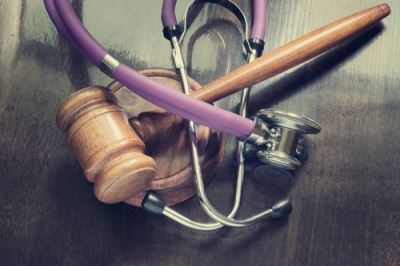 In many of our blog posts, we discuss how corporate power poses a considerable threat to the rights of everyday Americans, including those who suffer harm and injustice due to the negligent and wrongful acts of others. These discussions often focus on tort reform, which are generally efforts waged by corporations, lobbyists, and politicians who have financial interests in limiting victims’ rights and restructuring our civil justice system in order to maximize their profits. Among the most glaring examples of this profit-driven agenda are non-economic damages caps.

Non-economic damages caps are essentially limits on the amount of financial compensation victims are able to recover in certain civil lawsuits for damages that are not as tangible as their economic losses, including things like medical bills and lost wages. Examples of non-economic damages include:

In the context of personal injury, nursing home abuse and neglect, and medical malpractice – where these caps commonly exist, or will exist if corporate interests have their way – non-economic damages are in every way a substantial and legitimate concern. As victims and families know all too well – as do the juries comprised of real people who frequently side with them – emotional injuries tied to preventable injuries, impairment, breaches of trust, and death can be some of the most profound impacts that victims face in their battles to recover and piece their lives back together. Unfortunately, many corporations and lawmakers don’t seem to agree.

Over recent years, numerous states across the country have passed laws placing non-economic damages caps on recoveries in certain types of lawsuits. Federal lawmakers are also considering a Congressional bill that would adopt such caps in certain medical and nursing home cases nationwide (HB 1215, or the aptly named “Protecting Access to Care Act of 2017”). Today, most states have some type of damages cap in cases involving medical negligence, and fewer (though still numerous) states impose them in certain types of personal injury cases.

Caps are set by state law, so where an accident or injury occurred will play the biggest role in whether or not one applies to your case. In Ohio, the following damages caps exist:

Although the Ohio Supreme Court upheld state damages caps as Constitutional in 2007, decisions in major cases from other states across the country have shown an increasing trend in ruling against such caps. These states have cited that damages caps are not only arbitrary and unfair, but that they impact the rights of victims who suffer the most significant harms. Even as lawmakers continue to support new laws for tort reform and damages caps, momentum is building to strike them down.

While the tides may be shifting when it comes to damages caps, the fact remains that they are currently in place in Ohio. This makes it all the more important for victims to work with experienced attorneys who can help them maximize their compensation. At Spangenberg Shibley & Liber LLP, our award-winning civil trial lawyers have earned national recognition among the “Best Law Firms” in Medical Malpractice Law and Personal Injury Litigation by U.S. News & World Report, and have recovered over $ 1 billion in compensation for our clients. Let us put our experience to work for you. Contact us to discuss a potential case.