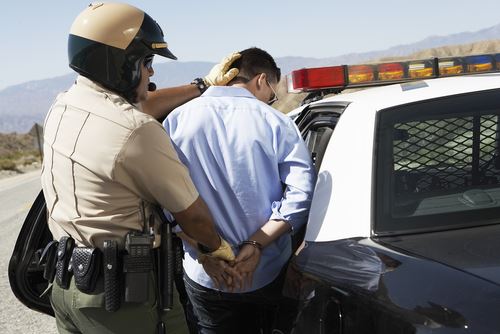 Excessive force by police or law enforcement is not precisely defined in the eyes of the law, instead, the use of force often requires officers to use sense and reason when conducting themselves in the field. It is loosely defined as force that is greater than what a prudent officer would use within the same set of circumstances.

Excessive use of force by law enforcement has become a hot button issue in recent years. While there is politicization of the issue, it is important to remember that although certain acts of excessive force constitute a violation of one’s rights, not all actions rise to the level of excessive force, especially in relation to the specific facts of a case. After all, police officers are human and not infallible, so what happens when their judgment to use “necessary force” crosses over the blurry line and becomes “excessive force”?

There also appears to be a reluctance to hold officers accountable for their use of excessive force. According to an ABC News report, from 1994 to 1998, 147,362 incidents of excessive force and 6,163 complaints yielded only 654 board reviews. That sample of data reveals that only a mere .44% of reports were even considered excessive. Alison Collins, who wrote a report on this topic for Human Rights Watch stated that the Justice Department receives 12,000 complaints annually, but fewer than 50 result in convictions.

The lack of convictions or acknowledgment of excessive force is not a lack of veracity in the complaint, but usually a fault within the legal system and its tendency to side with law enforcement rather than a wronged citizen. Police also often have close ties with the legal system, making it difficult to reach convictions. Prominent human rights figures have called for independent prosecutors and civilian review boards, but until then, the potential for prosecutorial bias will remain unchanged.

While criminal culpability in cases of excessive force by police may be a contentious matter, victims of excessive force or police brutality still have the opportunity to pursue justice and compensation for their damages through the civil justice system. Civil lawsuits, such as personal injury claims, are handled separately from criminal cases that focus on whether or not a person, in this case a police officer or department, is guilty of a crime.

Instead of focusing on criminal guilt and penalties, civil claims focus on whether an officer’s conduct, and failure to uphold their legal duty, more likely than not resulted in a victim’s damages. The burden of proof in civil claims – “more likely than not” or a preponderance of the evidence – is also a lower burden than “beyond a reasonable doubt,” which is used in criminal cases. Our legal team is available to help you learn more about your rights and the potential merits of a case involving excessive force by police.