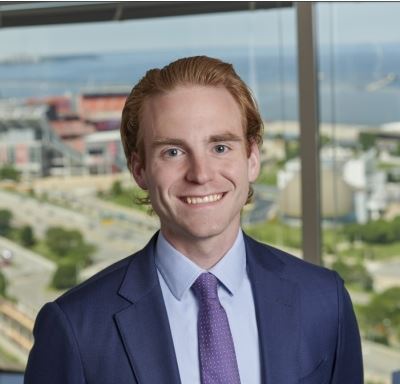 Kevin Hulick is an Ohio Trial Lawyer passionate about helping clients protect their rights and interests in high stakes matters. With experience in administrative, government, employment, criminal, banking law, and high profile litigation, among other practice areas, Kevin leverages his insight to deliver personalized and tenacious advocacy in pursuit of the best possible outcomes for our clients.

Kevin was named by Best Lawyers® to the 2021 Ones to Watch list, recognized for Personal Injury Litigation – Plaintiffs.

Following law school, Kevin honed his craft and skills as an assistant attorney general working with the Ohio Attorney General’s office in Columbus, as an associate attorney with a commercial litigation firm, where he drafted motions and represented a liquidating trust in suing numerous banks for breaching representations and warranties in the sale of mortgage loans, and as a Law Clerk to the Hon. Benita Y. Pearson in the U.S. District Court, Northern District of Ohio.